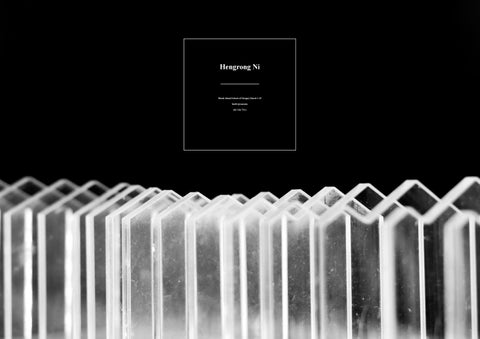 This project is an experiment of exploring the spatial expression of â&#x20AC;&#x153;Cooperatorsâ&#x20AC;?, the space that is both coadjutant and compromised. Cooperating is a process of mixing different methodologies, advantages and preference, to achieve the common goal. Translated into spatial language, the two sections swept along two different paths and were combined into one integrity, a prototype of Cooperation.

Project 1 : Unfamiliar Figure "Architecture exists through its occupation. Itâ&#x20AC;&#x2122;s meaning, affect, and significance come from and are derived by itâ&#x20AC;&#x2122;s humanity. " I chose "Cooperators" as my figure to design space for. Usually, the result of cooperating depens on how well they deal with compromises. While the process is integrated, each of the cooperators have their own preference and don't necessarily think or behave the same. In project 1, a prototype that demeonstrates "compromise" is created through an experiment of manipulating the form using Sweep 1 and Sweep 2 commands in Rhino.

Project 2 : Transformation Through a series of operations the prototype starts to evolve from one to multiple. This process creates an alphabet for further development. Stack, rotate, array, mirror... The form starts to grow, to try to occupy larger space.

The prototype transforms as I change the sections, to create a metaphor of the most common form of cooperating: a family. A family is perhaps never the "perfect: form of an integraty: a box under triangle roof, like how a child would draw the house. It is deconstructed into two seperate sections and they sweeps along different paths. Then a site is give, a slope with an L wall. I experiment how the form can fit into the site in 3 different ways.

In the first 2 projects the spatial outcomes and methodologies developed through the construct allowed me to carefully study ideas of spatial relationships, aggregation, site, and position as it relates to a figure. In project 3, the library serves as a space for collective gathering and individual contemplation. Some programmatic elements are defined and the form also reacts to the inner programs.

Due to the complexity of the site, where there are 3 existing different axises, the prototype unit starts to rotate, merge and extend to fit into the siting. Heights are used to clarify the boundary of various functions, as well as to make the architecture become a part of the landscape.

Shanghai's Lujiazui CBD is crowded with skyscrappers. However, young workers mostly live in under-developed residential area around CBD. With the development of the Internet, the zeitgeist is sharing and socializing, but that residential area actually blocks residents from knowing each other, because of the bad quality of public space and homogeneous entrances of houses. This project, Homebook, proposes a new type of housing, which makes entrances semi-private space, where young people show their belongings and share their lifestyle, just like Facebook. That gives each unit identity, and thus helping neighbors know each other. To maximize that effect, a 3 in 1 module is proposed, which means 1 corridor in 3 floors. The module type shaprly increases people flow in the corridor, making it an inner street, a socilizing space.

Working in CBD, Living in Old Houses Laoshan No.2

While photos of Lujiazui CBD often represent how modern Shanghai is, most young workers actually live in rented houses or rooms in old residential buildings near it.

Those old houses were construted in 1980s for labors, and the design is out of date now. As shown in the mapping, the housing blocks have limited access to the street (red dot lines), and the public traffic space within the buildings (colored in red)is also very small and thus preventing neighbors from knowing each other.

The Homebook intends to create a street-friendly and socilization-encouraging housing complex in old housing area.

The proposal advocates conversations and interactions among neighbors, by making each entrance a semiprivate space, in another word, a showcase. "What you have defines who you are", and helping others to know you by your belongings is the first step of starting a conversation.

Form Studies The form of the project is decided by 2 factors: aethestic standard and possibility of the corridor. The foam model experiment shows the process of extracting original form of the site and new possibilities of the proposal. The long, low and thin form is limited by the equality of modules. Oblique lines are introduced into the project to add liveliness to the site. The plastic model experiment shows the process of transforming the form of the foam experiment. The rythm of facade and roof mostly decide the aethestic of the design, while the internal space decides the possibility of the corridor. The zigzag massing is the final decision because of its roof's sense of order and also the possibility of public space on its corridors.

The module is consisted of 3 floors and only 1 corridor, concentrating all the entrance. Reducing the number of corridors significantly inccrease the flow of people in each corridor, thus augument the exposure of each house's diversified entrance. Considering the wide spread shared renting phenomenon of the site, each unit has 2 bedrooms, which keeps the original in-house communication of the old housing area. Unit 2 : 3rd Floor

Illustration: Going Home After one day's work, young workers in Lujiazui CBD can finally go home and relax. The warm light coming out of windows is suggesting food, friends and family. Shanghai never sleeps, but Homebook never gives you the same-looking doors or the cold walls. You can always make friends there.

This project is an architectural response to the increasing risk of residents' mental health in Munich, Bavaria. Despite its low unemploment and high average income, Bavaria has the highest suicide rate of any German state, which is believed to be related to mental stress. Through experiments of light and form, this project intends to dramatically introduce the light into an underground bathhouse, combined with a subway station, creating a metaphoric space for a process of both physical cleaning and mental regeneration. This finite response enbodies both an architectural and an urban intent: by introducing other programs into public tranportation nodes, people are passively guided into certain process, instead of actively finding them on their own. In this way, public tranportation nodes ntegrate more into the city, instead of being an independent system.

Underground Architecture & The Bathhouse Subway stations are the most common underground architecture in Munich. However, the lack of natural light increases supressed anxiety in closed spaces, which worsens the high-depression situation that Munich encounters. Stiglmaierplatz

An Underground bathhouse is proposed. Bathing is good for human beings both physically and mentally. While the only public bathhouse in Munich, Müllersches Volksbad, isn't convenient to reach and lacks design for mental experience, the Underground Fable intends to use the natural light to counter depression.

Light Experiment : Two-Direction Roof Subway stations are the most common underground architecture in Munich. Connected by subway lines, like floors connected by elevators, they make up an intergrated architecture. However, the lack of natural light increases supressed anxiety in closed spaces, which worsens the highdepression situation that Munich encounters.

Proposal: Natrual Light into the Bathhouse An Underground bathhouse is proposed. Bathing is good for human beings both physically and mentally. While the only public bathhouse in Munich, MĂźllersches Volksbad, isn't convenient to reach and lacks design for mental experience, the Underground Fable intends to use the natural light to cpunter depression.

Straight Roof: Light from the Front

Straight Roof: Light from the Back

Curve Roof: Light from the Front

Curve Roof: Light from the Back

The proposal utilises an obscure way of bringing the light down the udnerground bathhouse. The amount and quality of light vary with the time, in the mean time, the observer also feel the light differently from different direction of the bathhouse.

To introduce the sunlight to the bathhouse,the roof are divided equally into pieces. Then each piece are rotated in a series of angles, so that they only let the sunlight during certain time.

Located in southern Marienhof-Kurt-Eisner-Platz, the bathhouse faces a large grassland.

Due to the small angle of the roof, the sunlight can only penetrate in the bathhouse before dawn. just when people finish one day's work and take the subway home.

As the bathhouse is underground, it doesn't completely block the view of Rathaus from people relaxing on the grassland. Putting the entrances in the middle, instead of at both ends, makes the bathhouse more integrated into the surroundings.

With that scene, it's just hard to resist the idea to get both physically and mentally relaxed and refreshed before going home.

An Underground Bathhouse The subway station and the bathhouse shares same entracnes, which brings more people to enjoy the bathing process. The roof casts beautiful shadows on the bathhouse, making the underground bathing experience a both physical and mental regeneration.

A Subway Station Facing a big public park, the subway station fits nicely between the gallery and the grassland, replacing the former subway entrance and grassland. The lower roof at both ends allows people who come to the park to have a clear view of the grassland. By combining the subway station and the bathhouse, this project explore more possibility of public tranport nodes' urban meaning.

As Hangzhou city expands, many villages were removed and villagers move to "village-in-the-city", which is mechanically designed and villagers' original lifestyle wasn't respected. What's worse, people live in extremely small rooms and there's hardly any public space in each "village-in-the-city" for them. To give life to the mechanical grids of the site, several hidden lines are extracted according to the key points of the site. The museum massings are arranged according to the lines. To revise the original lifestyle, the public space is divided into two parts: a sunken square and an upper park. While the upper park is for daily leasure, the sunken square is for gathering and activities. Thus, the museum is not only for cultural relics, but also for the residents who live in tiny rooms to have a place to play.

Being rebuilt doesn't mean the change of grid or more public space. Those villages-in-the-city are still very crowded and have hardly any public space for residents.

Lack of Public Space Most residents of Yile New Village are renters with low income. Rooms are extremely small, consisting of one bedroom and one toilet. Those small cells don't have good privacy, so residents usually close the doors and curtains and stay in the cells. Although electronic bikes are the most common means of transportation, there's no garage for them, so they are parked in the alleys, which worsen the living condition. Therefore, residents desperately need public space of good quality to save them from depressed life in small cells.

Form Development After site analysis, the museum program was put into the site, and several key points were extracted. By connecting the key points, the lines formed another layer of the site, adjusting the master plan. Then, by extruding the geometry, a museum of 6 parts and a sunken public square were made. According to the law of projecting, the roof of the museum was rotated, leaning toward the main entrance.

Illustration: Museum for Villagers While most museum are designed for students and tourists, this museum in Yile New Village serves more as an activity center for villagers. Traditional festivals can be celebrated, public movies can be played, and renters can have a place to play with their children, instead of being locked in tiny rooms. 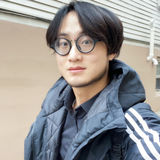